Oak trees are some of the most common trees in our area of the country, and it’s important that we take care of them as much as possible.  This includes making sure that we can identify any pests or dangers that may damage the integrity of these beautiful trees, or even cause the trees to die.  This month, we are going to discuss the oak bark beetle, how to identify whether your trees are being plagued by this pest, and what to do to prevent or treat your oak trees if needed.

What is an oak bark beetle?

An adult oak bark beetle (and most other types of bark beetles) are small insects that almost look like coffee beans.  They tunnel and reproduce under the bark of trees. They develop primarily in oak trees, but can also infest other trees (buckeye, beech, chestnut, hickory, birch, and maple).  Their activity can damage the tree’s ability to transport water and nutrients and can be fatal.  These beetles commonly infest trees that already have root or bark issues, but higher numbers of bark beetles in recent years have caused them to attack healthy trees as well.

How do I know if my trees have oak bark beetles?

Some of the most common symptoms of a bark beetle infestation include:

How do I control an oak bark beetle infestation?

Oak bark beetles are difficult to control because of where they live in trees and shrubs.  The best way to treat them is by preventing them in the first place, which means reducing stress on your trees.  Watering and fertilizing your trees will ensure that the trees are able to produce sap needed to fight off the beetles.  Pruning infested limbs will help stop the spread of an infestation as the beetles typically begin attacking individual branches.  You can also control oak bark beetle infestations by having a professional apply insecticides to your trees before the beetles are able to land on them and bore into the wood to lay their eggs.

If you think any of your trees could be affected by the oak bark beetle, give us a call.  We’d be happy to assess your trees, identify any areas of concern, and recommend a maintenance plan or professional insecticide application. 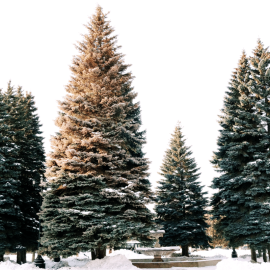 When is the Best Time to Prune an Evergreen? 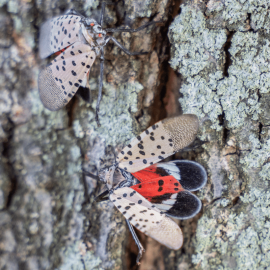